From Summerland to Winterland

The Spirit of Community 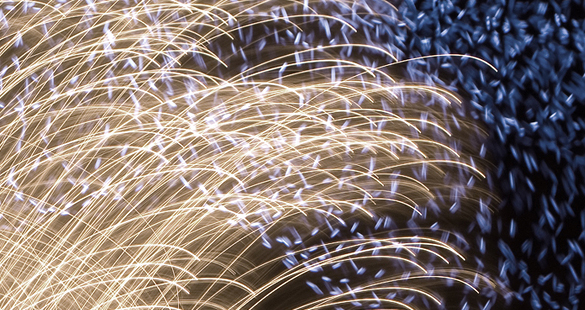 There’s no getting around it… summer is long gone, but although each year I dread the advent of fall because winter follows too quickly, I have to admit that this year, winter doesn’t seem so bad.

At least in Summerland that is. It’s colder than normal, it seems, but maybe it’s just the process of maturing that tells me sensibly, that if you dress for the weather, then you won’t mind it at all.

So this year I’ve enjoyed fall, having dressed mostly sensibly, and instead of pining for summer, began to notice what was going on around me. The leaves and their vivid colors which are still outside my front door as I’m too lazy to sweep them up, are left there in part because they are so pretty. I like they way they crunch underfoot – there’s something comforting about that, like it’s proof that you do actually connect with the earth somehow.

So fall drifts into winter and it’s now snowed a couple of times, which is also ok because everything becomes quiet.

It always seemed in retrospect that in winter not much went on. But this year that’s changed. Maybe it’s all the work to be done, but more than that, it seems that people in Summerland might be moving towards being more involved in making this town a little sparklier. Events are planned, there are the Philosophers’ Cafés which are always thought provoking, there are movie nights courtesy of Frank Martens, and the chili nights and tea parties thanks to Sharon Stone whose passion was to get the mural completed and funded for the IOOF Hall, and who delights in finding the type of tenants for functions who really appreciate what that funny old hall means to her. The stories and goings on about town are all a reflection of the spirit of community and that is what keeps us connected.

Speaking of community, this last weekend’s event of Light up the Vines was an extension of that same spirit. Like the subtitle of the story I wrote about it, being a part of it, did bring new meaning to the words “Christmas cheer”. Everyone seemed cheery and although I missed it this year, I’m pretty sure the Light Up event on Friday night was pretty much in the same spirit.

It was the same feeling at the Artisan Market  – more people, in fact, a lot more people seem to have awakened to the realization/ fact that shopping at big box stores and not supporting local businesses, has a detrimental affect on not just them, but also has far-reaching consequences around the globe.

It reminds me of when recycling was first introduced, and it all seemed awkward and annoying and more work at first, but gradually there is a shift in consciousness and you find yourself being part of it, and not begrudgingly either. It’s swinging that way with the shop locally movement both in large cities and small towns, but especially in a town like Summerland where there is so much we can buy or make or create right here.

The Light up the Vines event was in some ways a celebration of that – it’s local wine, produced by people who either already were, or are now also locals, who have planted the vines and watched them grow until they are mature enough to produce the grapes that they later turn into so many different types of wine. It’s not something I take for granted as it’s such hard work. But so rewarding and the best part to me is that it’s all made right here in and around this funny little town of Summerland. And judging by the offerings on Saturday night, it’s incredibly good and worthy of the pride we felt in sharing that experience with others from the valley and out of town.

Maybe it’s all the events going on, and meetings with interesting people also looking to create something unique in Summerland but to me the Christmas lights seem prettier this year than in the past. So before I roll up my sleeves for the work to be done in the new year, I’m going to make an effort to get out to see those lights and celebrate what Christmas means, and the importance of community within that context.

Let me be the first to wish everyone a very happy Christmas, Hannukah, Rohatsu, Ramadan, Kwanzaa, Yule… or whatever makes you happy. I celebrate that too.

One Response to “From Summerland to Winterland”