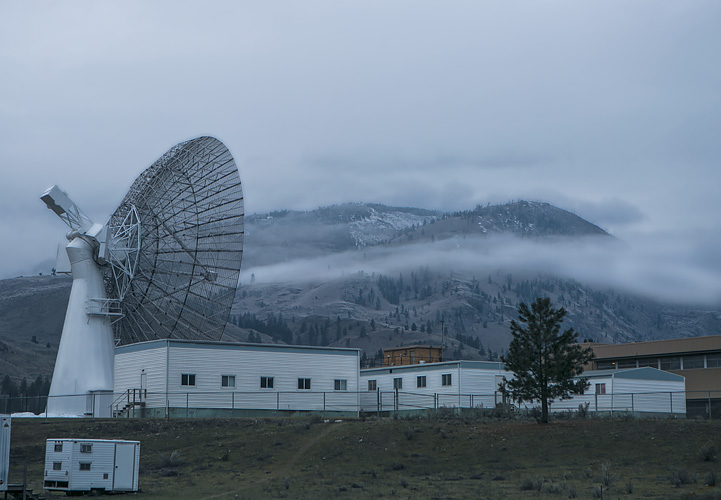 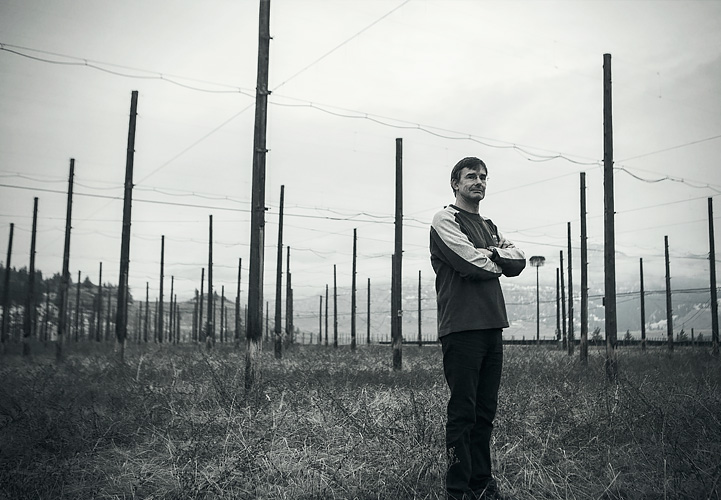 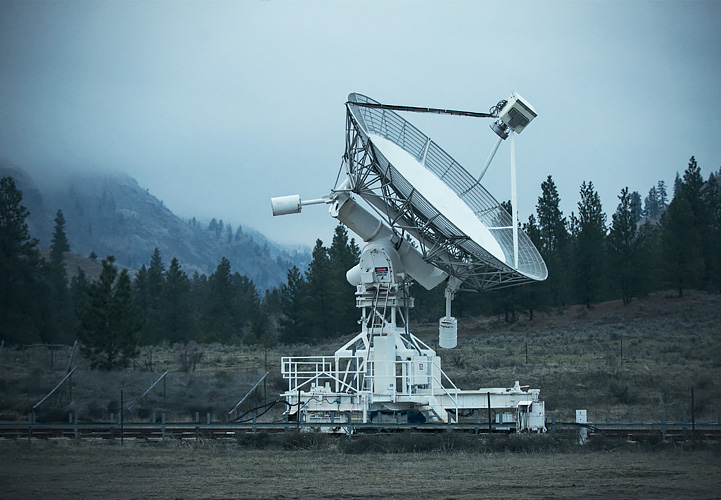 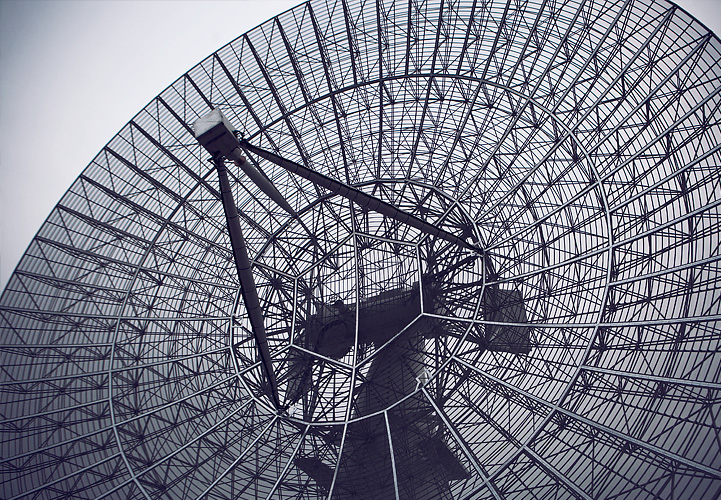 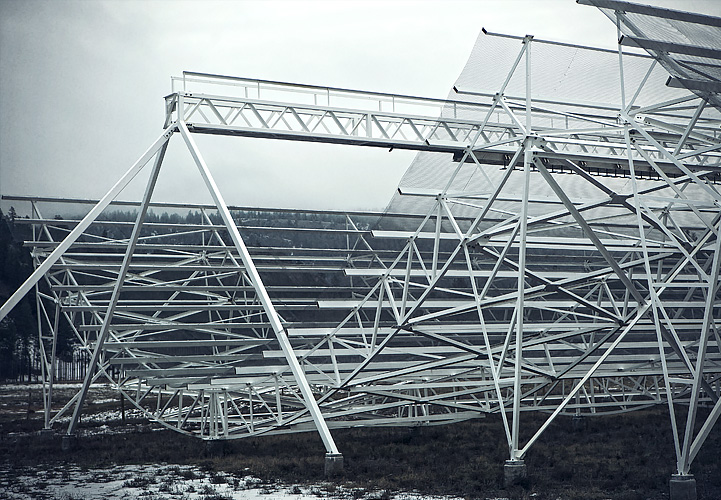 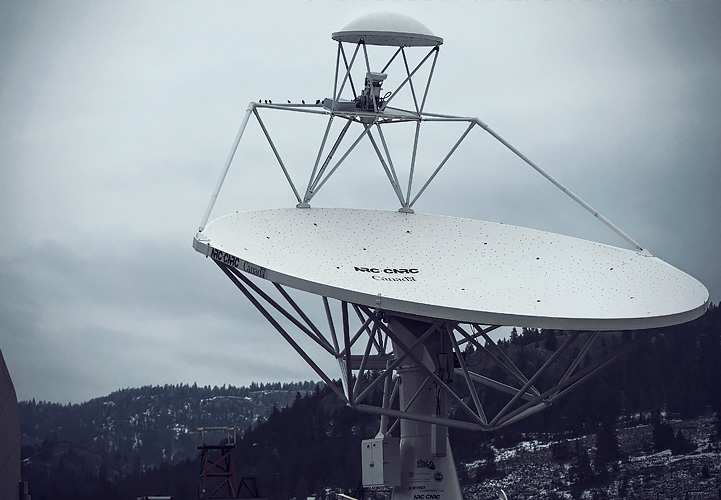 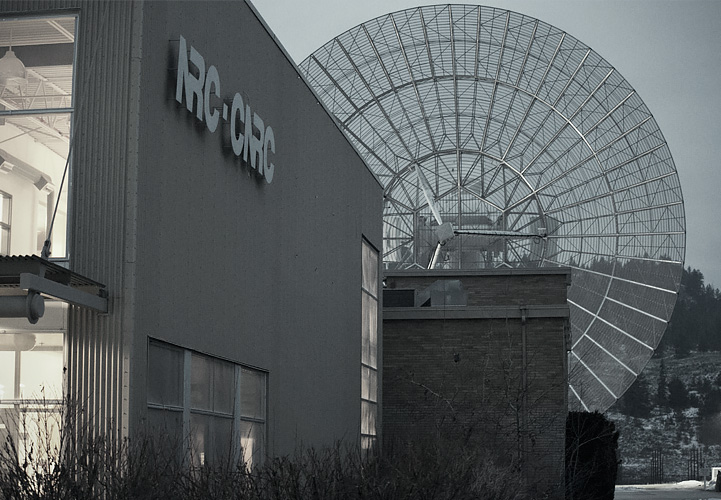 Peering into the cosmos

A quiet valley on the outskirts of Penticton, couched in the White Lake Basin, is a place ideal for peering out into the cosmos. It is here, in this radio-protected area, that the Dominion Radio Astrophysical Observatory (DRAO) has the perfect conditions for surveying the skies using state-of-the-art radio technology.

In their facility, a top-flight team of scientists and engineers are consistently at work expanding our understanding of the universe. The site is a breeding ground for numerous projects at the forefront of cutting-edge astronomical research and development. In an exciting exposé of innovative experimentation, they are spearheading initiatives that benefit the astronomical community and scientific exploration at large, whilst transforming our cosmic vision.

Currently underway is a project to map the magnetic field structure of our galaxy. This has been a substantially revealing endeavour. Magnetic forces are not well understood, and often get invoked when you can’t explain certain things in theoretical physics. We are only just beginning to develop the tools and techniques to be able to better understand them, and the DRAO happens to have some of the world’s leading experts on the subject. Within just a few years’ time, it is quite plausible that they will have rendered a comprehensive map of our galactic magnetic field. Ground-breaking research of this sort is being made possible with the aid of their 26 metre, John A. Galt, single dish telescope and a solid team effort on site.

Helping to further elucidate our neighbourhood of stars, another feat they’ve accomplished is a high resolution image of the Milky Way Galaxy, like never seen before. Using their Synthesis Telescope, they’ve managed a full scale survey of our galaxy, with unprecedented detail and fidelity. Their Galactic Plane Survey covers the entire celestial sphere, through panoramic imaging, illuminating the cosmic landscape that surrounds our tiny blue planet. The result is a magnificent star-scape of high-resolution images; which is truly the prize of adept astrophysics.

For research applied closer to home, the Solar Radioflux Monitor is another piece of equipment that is routinely employed by the DRAO to observe our closest star, the Sun. It monitors the Sun three times a day, to measure fluctuations in solar activity. Acting as a sort of stethoscope on the Sun, it makes various solar observations, including that of massive electron storms caused by solar flux. As such, it has played a key role in space weather forecasting, and provides crucial data used by many agencies around the world.

The DRAO is also the host site for CHIME, the Canadian Hydrogen Intensity-Mapping Experiment, which aims to make the most colossal survey of the observable universe to date. Utilizing the largest telescope ever to be built in Canada, they’ll survey the sky visible from DRAO every day. The precision of this instrument will allow the project team to map the universe in three dimensions and measure it’s rapid expansion rate through cosmic history. There is an opportunity here to make a huge impact in experimental cosmology. One of the key features of the experiment is geared towards garnering factual evidence that would constrain the properties of Dark Energy: which is theorized to be the driving force behind the accelerated expansion of the universe.

In other words, the DRAO is digging into potent territory; looking into areas of research that could shatter the bounds of what we know, and deliver empirical boons that could literally transform the world of Astronomy. Being that Astronomy has always drawn on human wonder, and a desire to understand the cosmos, their strides are in tune with that of the heart of the discipline. Steadfast, they continue to draw the human imagination to the distant reaches of time and space, searching for answers to our questions about the universe.

From observations of the average star that our humble planet orbits, through to the hundred billion other stars in our galaxy, and out to the hundred billion other galaxies in the Observable Universe, tracing enormous movements of space and time, towards a better understanding of the very driving force behind cosmic expansion on the whole, the reach of the DRAO’s expedition is vast.

With the exponential increase in advanced technology and the corresponding experimental capacities of astrophysical research, we are rapidly accelerating through previously unexplored cosmic terrain. This is an exciting time and trajectory to be on; we’re standing at the frontier of monumental discovery. Riding that wave of profound exploration, the DRAO has successfully maintained its status as being on the leading-edge.

Special thanks to Sean Dougherty (2nd photo above) – Director of the Dominion Radio Astrophysical Observatory, for divulging the information that has given us a little glimpse into the exciting work they are involved in.

Stay tuned for Part 2 – on the scientists behind the quest for knowledge.