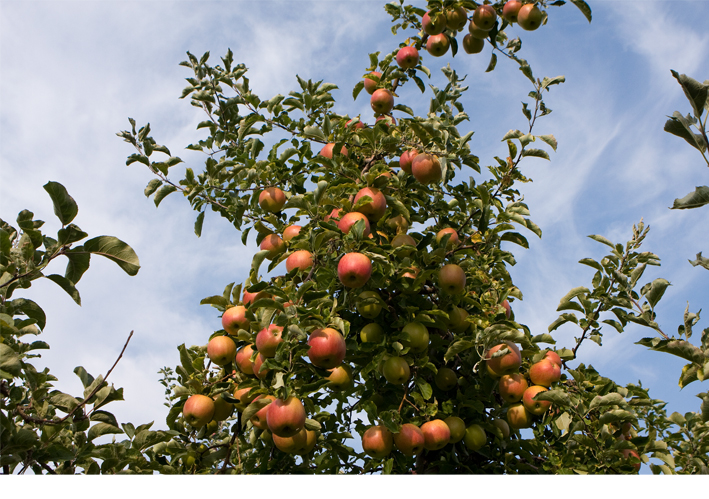 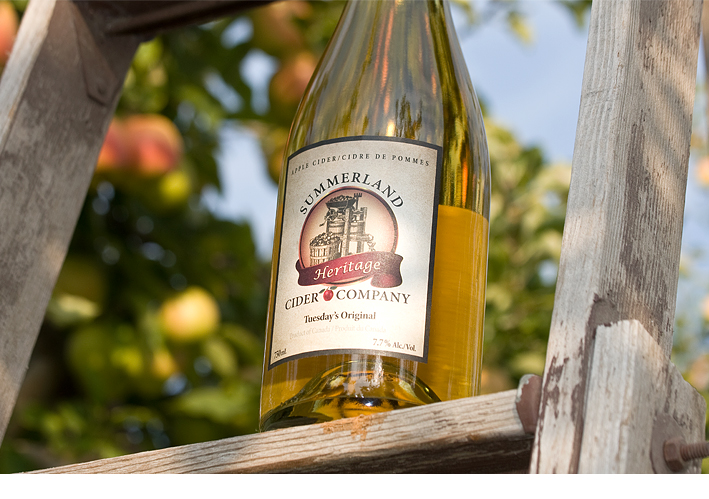 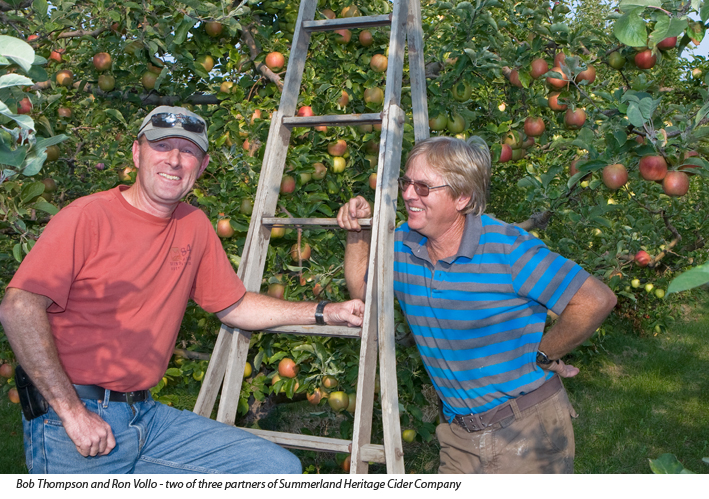 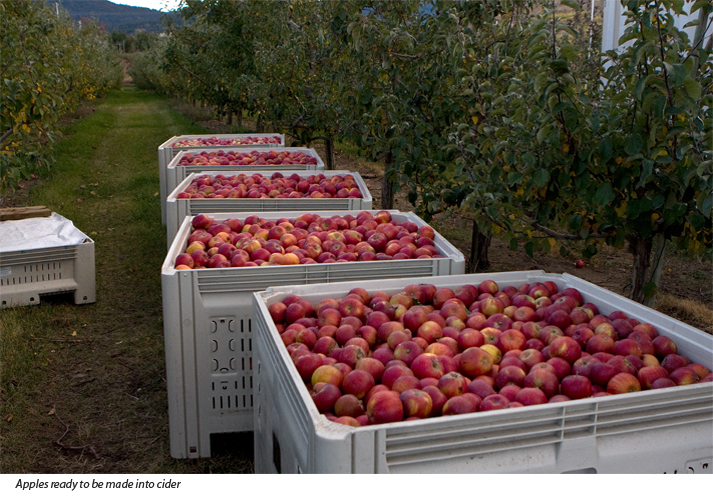 Fallen Apples and the Seeds of Discontent

It all started with the leftover apples. Summerland farmer Tom Kinvig didn’t like wasting them but they were the lower grade apples from the annual harvest and there wasn’t much use for them. Until one afternoon, when Kinvig came up with the idea of turning them into apple cider.

Some good, some not so good

He began by trying out various cider recipes, and testing the results on friends Bob Thompson and Ron Vollo, also orchardists, at their weekly Tuesday afternoon get-togethers. As Bob recalls, some of it was good, and some . . .well, not so good. Undaunted by his friends pronouncements of “not so good”, a determined Tom continued to test, taste and refine the cider making process.

Over time, the quality improved and word got round about the Tuesday afternoon meetings and soon, more and more Summerland farmers joined in to socialize over a glass or two of the cider. Its’ popularity got Tom, Bob and Ron thinking, that as a team, they could maybe make something of it and so the seed of the idea was planted and The Summerland Heritage Cider Company was officially born.

The more you know…

Going the distance with just an idea – to the point of creating a marketable final product was both a labour of love and labour intensive and in total it took ten years to realize their goal of creating top quality craft heritage apple cider.

As it is with many things in life, the more you know, the more you also realize you don’t know and the three partners discovered that there was a lot to learn about the process of making good quality cider. There are, for example more than 100 varieties of cider-only apples, many of which are hundreds of years old and making the right choice as to what to plant in the orchard, requires knowledge and understanding of the options as well as the goals.

To learn about the craft, Bob signed up for a cider-making course at the Northwest Agricultural Business Center, an extension program offered in conjunction with Washington State University. He trained under Peter Mitchell, who came to the U.S. from Worcester, England, and is an internationally recognized authority on the production of cider.

When the timing was right the partners arranged with the Summerland Research Station (Pacific Agri-Food Research Centre) to supply stems from proven apple cider varieties such as Kingston Black, Yarlington Mill and Dabinett. When they received the stems, or what Bob refers to as twigs, they carefully grafted them onto their existing apple trees and the seeds of their destiny were firmly planted.

It takes eight years before a grafted tree produces apples and that gave the partners plenty of time to continue learning, testing and sharing their product with friends and family, and at their ongoing Tuesday afternoon get-togethers.

The process of making cider has similarities to wine making and in fact in parts of the US and Germany it is referred to as apple wine. The apples are racked, pressed and then left to ferment in large tanks. After about 30 days the juice is racked again and it then goes through a secondary fermentation that lasts between four or five months. When the cider is ready for bottling, the juice is put through a carbonation tank, where it is chilled to zero degrees, and then bottled under pressure. Once bottled it is then ready for drinking.

It has been many years since Tom first began experimenting with his leftover apples. With a lot of hard work and plenty of sampling and support from family and friends, the Summerland  Heritage Cider Company has just recently produced their first lot of their signature cider: Tuesday’s Original.

The only craft cidery in the Okanagan

The Summerland Heritage Cider Company operates out of the basement of Ron Vollo’s old house and the company is the only craft cidery in the Okanagan Valley. Their means of advertising has been word of mouth and since their capacity is only 500 cases per year, there will be a long wait until their next batch in 2013.

In the meantime, the cider is available at the Local Liquor Mart, Zias Stonehouse Restaurant, Good Omens Coffee, the Westminster Liquor Store in Penticton, the Hume Liquor Boutique in Nelson, Gasthaus Restaurant in Peachland and Caps Liquor Store in Kelowna. They can also be reached on Twitter @shcider. Cheers!! Tom also takes direct orders and can be reached through www.summerlandcider.com. You can also friend them on Facebook.