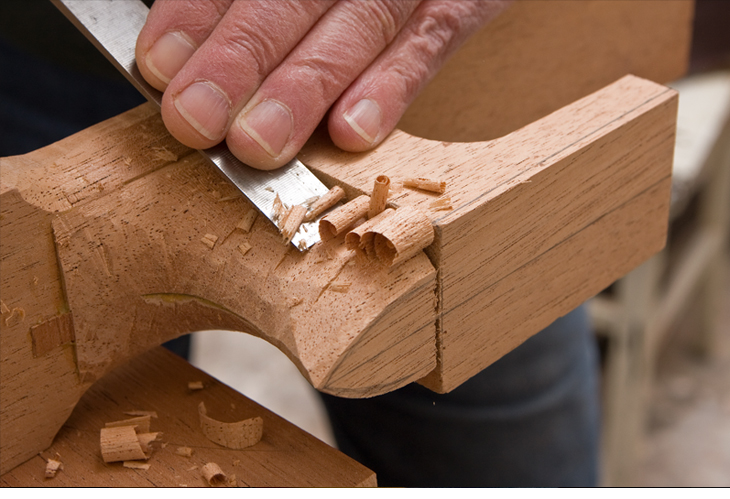 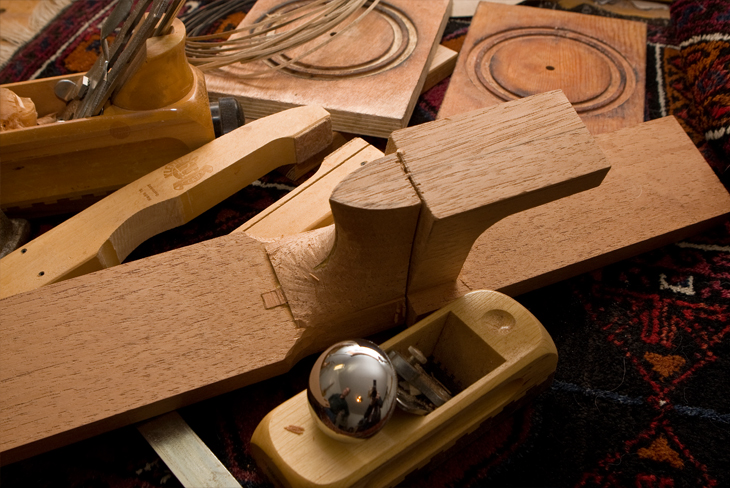 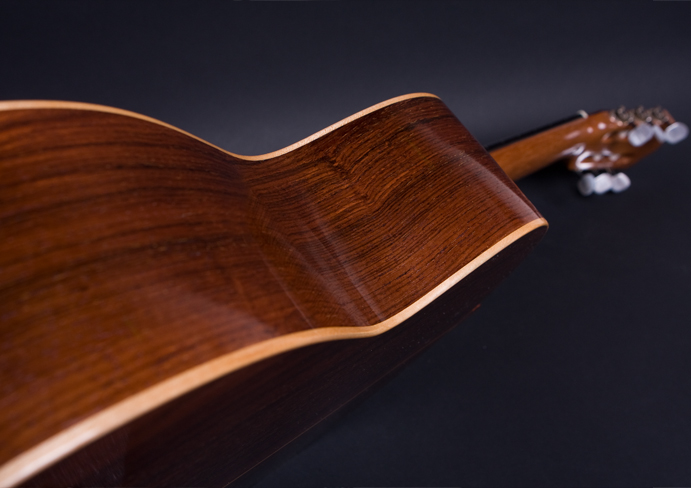 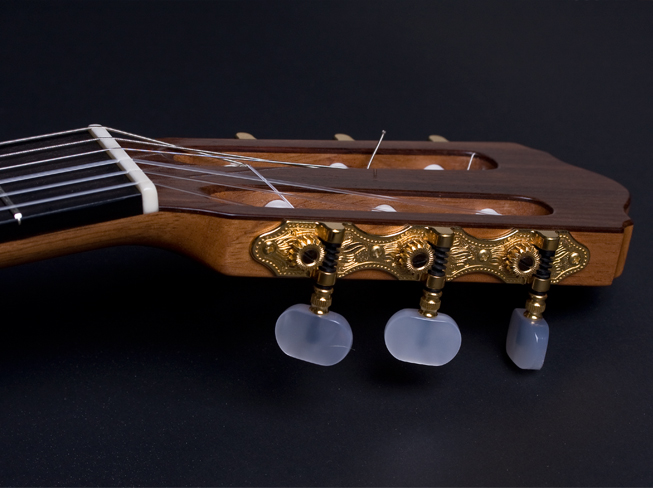 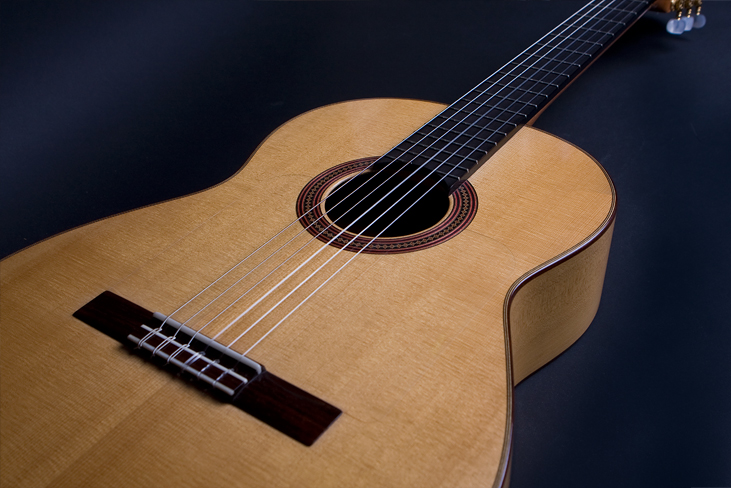 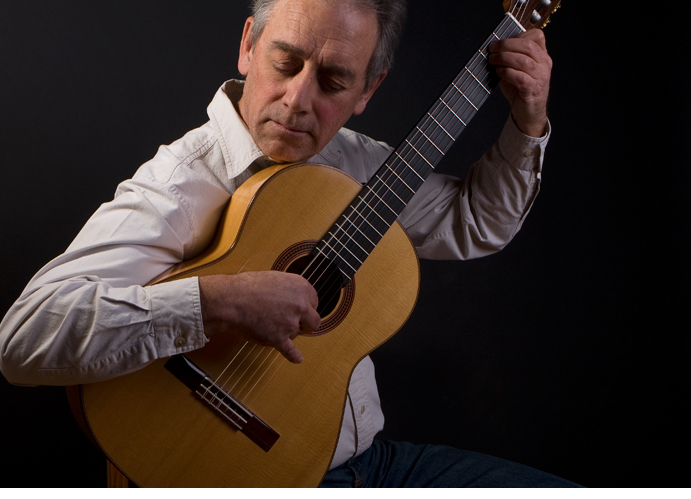 In tune with the infinite

When you think of Summerland you’re more likely to think of vineyards and orchards than custom made guitars and passionately played flamenco. Unless you’ve met John Park.

Park is a guitar maker and musician who lives in the town of Summerland. He is an artist and a craftsman for whom guitars and music have been a lifelong passion since he bought his first guitar, a Yamaha nylon model for $27 in Alberta when he was thirteen.

Park is tuned into details that would normally escape the uninitiated. This becomes obvious when he talks about his technique for building guitars and why, for example, he chooses the types of wood he uses. He has a preference for cypress flamenco ‘blancas’ which are traditional guitars with light colored sides and backs, but he also creates classics in rosewood, maple and pear. He has several different ’sounds’ that he can build into an instrument, which gives players a choice of not only visual, but also functional characteristics.

Park is a fan of using pear wood because according to him it has the good qualities of maple but a more open and woody sound and a sort of maple syrup color. “It works well if you’re skilled and careful and finishes easily. I’ve seen guitars made from it dating from the 1890′s. Stradivarius made violins with it and others used it for cellos. A friend had a Testore cello from about 1750 – it was made of pear wood and it had a characteristic warm, fat, rich sound. It sounds like it looks; aurally edible.”

In his hand-tool oriented shop in Summerland, Park uses traditional Spanish construction techniques for building classical and flamenco guitars. He is one of a number of purists interested in keeping the Spanish guitar building tradition alive.

In part, his initial inspiration came from Alicante, a small Spanish town south of Valencia where he was studying flamenco and classical guitar in the 70′s. A girl in one of his classes had a Marcelino Lopez guitar. Marcelino Lopez Nieto, the guitar maker, was and still is one of the top five builders in the world. The guitar had a soulful Spanish character, which is what appealed to Park and for him, it was beginning of the search for the truest sound in an instrument that introduced him to another level of guitar construction.

Today, Park remains focussed on building what would be called a ‘player’s instrument’ with the emphasis on the form and function and unfussy decorations. Each of the guitars he builds is handcrafted, unique and is an expression of his devotion to keeping the art of traditional Spanish guitar making alive.

Park also writes his own music. His time in Spain, the nuances of the Spanish culture, and the influence that it had on him; it’s all reflected in the music. It’s multi-layered and complex and listening to him play is a bit like the experience of walking down an old alley in a European town – there’s a familiarity to the sound that doesn’t live in any one particular dimension of time and that’s what makes it so intriguing.

David Franzen, classical guitarist and teacher at Portland State University owns a guitar made by John Park. In the video below, he plays the Concierto de Aranjuez by Joaquin Rodrigo.