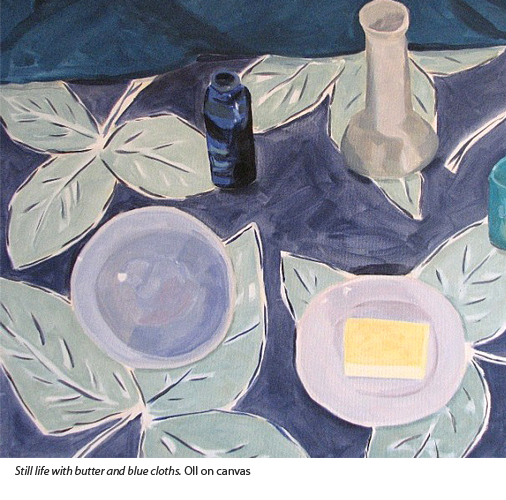 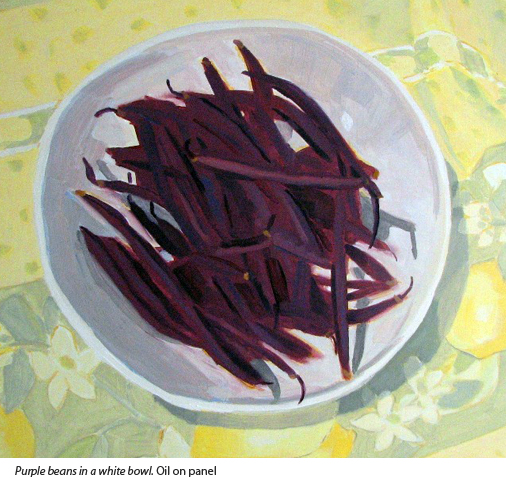 Portrait of an Artist

Loraine Stephanson has been busy.

Over the past several months Stephanson has been working on a series of paintings for an upcoming exhibition in Alberta.

In 2009 the Multicultural Centre Public Art Gallery in Stony Plain, Alberta offered Penticton artist Loraine Stephanson a solo exhibition of her work. The show, which opens later this month, will feature twenty recent paintings as well as one of her small watercolor sketchbooks, which contains the genesis of some of the exhibition’s images.

Since the start of her painting career in the early 80s, Stephanson has had 14 solo exhibitions, 30 selected group exhibitions and her work is part of 26 corporate and public permanent collections from Victoria to New York.

Stephanson is a prolific artist whose work includes both landscape and still life subject matter. Using a ‘less is more’ approach she draws viewers into her work by reducing the subject to minimal shapes to imply, rather than paint form literally.

Loraine Stephanson works in a number of mediums including acrylic, watercolor and oil paint. Her choice depends on the scale of each piece, with acrylics reserved for the largest works.

Loraine’s career as an artist began after completing theses in both painting and art history at the University of Alberta. In addition to receiving her Masters in Fine Arts she also completed a Bachelor of Education degree.

Stephanson spent a year in Italy working as a draftsman for an archaeological dig, where she made drawings of excavated artifacts as well as elevation plans of the dig sites. That job enabled her to travel the country and view firsthand many of the early Italian Renaissance works of art that she had studied in an undergraduate art history course.

Stephanson doesn’t believe that artists occupy a privileged, detached position in life just because they decide to be artists and she’s not afraid to back a cause with conviction. She helped lead the charge against a proposed prison in Penticton and the RDOS and was in large part responsible for obtaining 3600+ signatures against the prison in the south Okanagan region. She believes that advanced education for the region’s youth, a positive vision, and clear, small business based economic strategies will be the foundation for success in Okanagan towns like Penticton.

Loraine and her husband have lived in Penticton for the past ten years where she is a proud member of the community and has a ‘shop locally’ attitude.