The perfect pairing for 2013 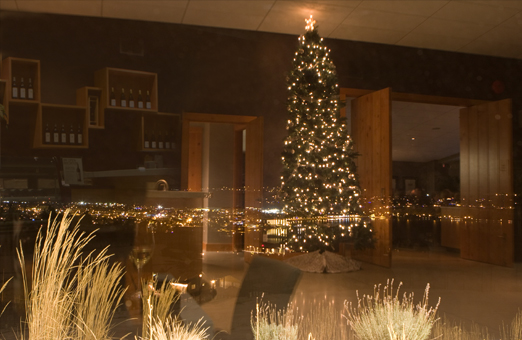 The recent pairing of the Vanilla Pod Restaurant with Poplar Grove Winery – combined with one of the best views in the Okanagan Valley made the winery a spectacular setting for bringing in the new year.

In 2011, John Shreiner, wine aficionado, wrote, “Those visiting Poplar Grove will be treated to one of the greatest Okanagan views available from any winery. It seems almost like looking at Penticton and Okanagan Lake from the window of an airplane.”

This New Year’s Eve, with the fireworks from the Penticton waterfront and the Christmas lights reflected in the winery windows, it was a heady mix with the champagne and fabulous food. 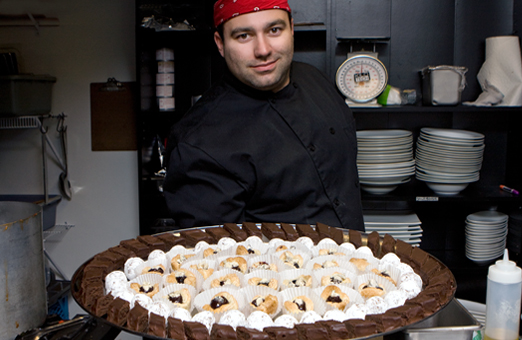 In addition to a New Year’s Eve dinner menu which included roast pig, there were also ‘grazing stations’ set up for the after-party, offering pulled-pork on mini buns, petite desserts that included chocolate and exquisite mini-donuts and pastries with cream fillings.

There was also a sushi station set up by Just Delicious Sushi from Summerland, as an add-on to the Vanilla Pod’s festive fare. The sushi was excellent with tuna rolls, yam rolls and beautifully put together salmon, and cucumber rolls. (Executive Chef Bruno Terroso – above) 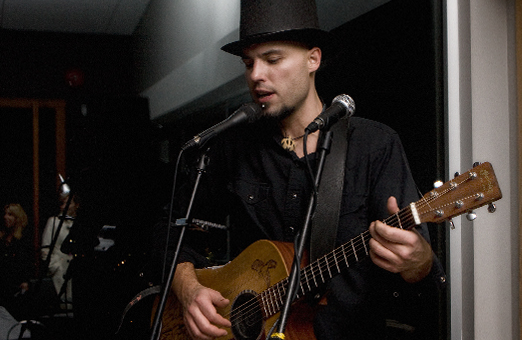 Ari Neufeld, artist and poet, was the entertainment for the evening. Ari describes his style as being “high-energy, driven, indie-alternative folk”. He puts everything he has into his act and as a result audiences love him.

Ari stands on a ‘stomp box’ which adds a good base beat to the music. He also adorns his ankles with Indonesian wedding bells, which, with everything combined, results in some vibrant, toe-tapping music… it’s impossible to hear him play and not want to get up and dance.

Neufeld writes his own lyrics and in songs with titles like ‘Heart Like a Jar of Fireflies’ and ‘Countenance Enamoured’, the poetry comes through and you find yourself leaning in to hear his words more clearly. 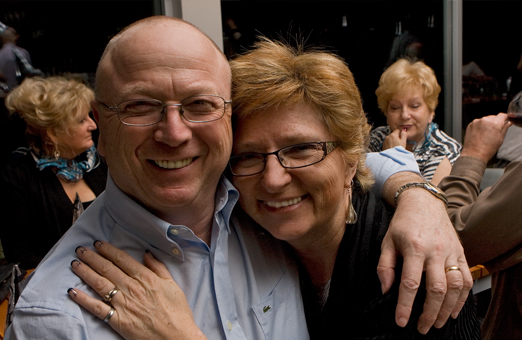 The party was an auspicious start to the new year mostly because 2012 was not in fact the end of the world as most of us are now aware, but also because the Okanagan is becoming stronger culturally with more businesses being focused on wine, food, the arts and tourism. There is an overall positive feeling in the air as if the valley is about to become an even more important tourist destination in the coming year.

With wineries and restaurants of the caliber of Poplar Grove and the Vanilla Pod, and now with their perfect pairing, it is one example of people with vision and passion who are shaking things up and making it happen. That’s exciting and the New Year’s Eve party at the Vanilla Pod was a reflection of that passion and enthusiasm. (Paul and Sheila Jones, owners of the Vanilla Pod Restaurant – above photo)

Check out the photo gallery of the party – on our Facebook page.