Not from around these parts, huh? 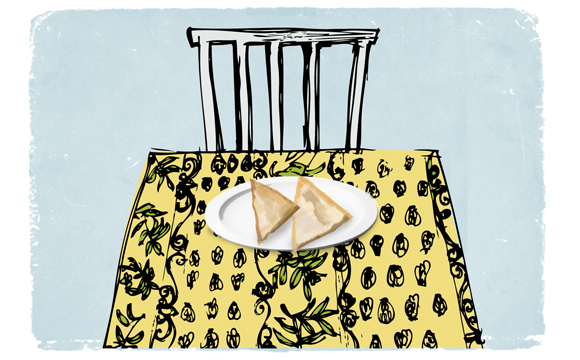 When I saw the title of the Guardian article, ‘Making money from your vegetable patch’, I thought, well isn’t that a coincidence, shopping locally was at the top of my mind. I had just stopped at a local fruit stand, where last year I had often purchased their vegetable samosas. They were delivered on a regular basis by a Penticton Indian restaurant and were excellent as was their chutney.

The fruit stand is now under new ownership and as I drove into their parking lot this morning, it occurred to me that they may not have the same samosas – which in fact turned out to be the case. I was told no, these were not from the Indian restaurant in Penticton, but when I asked where they came from the answer was “out of town”.

Funny how “out of town” means something different now than what it used to mean. As I’m standing at the counter looking at the samosas which themselves had suddenly become rather sinister looking, the first thing that ran through my mind was the horse meat scandal in the UK. Instead of verbalizing that thought, I instead asked “Sysco?” which was a possibly mildly inoffensive alternative to “out of town”, since they purport to be somewhat local, but the fellow said, “sorry, can’t say”. Well of course I respect his right to keep quiet about his suppliers for obvious reasons, but in terms of it giving me a warm and fuzzy feeling about its origins, I have too much of an imagination for that. You can no longer proudly say “this product comes from out of town”. Unless it’s an Italian handbag, Parisian lingerie, or Quebec maple syrup, then “out of town,” is a dirty word. (Or a bunch of dirty words.)

“Out of town” also means you’re merely a consumer to which ‘they’ sell things. They don’t care about you or your family, or your family pets, they just care about making a sale, because after all, it’s all about the sale – it’s not about community or being part of something meaningful. Oh and by the way, if you don’t like that attitude, as a customer, you are also replaceable with other customers and as long as they have growth in other areas, they really don’t give two hoots about what you think.

“Do they still come with chutney?” I ask. “Nope, sorry.” Well, I’m sorry too because it will be a while before I walk through that door again. Unless of course they get the message or the place changes ownership, and one can always hope someone more aligned to one’s own thinking will take over and become the next purveyor of fine, truly local products.